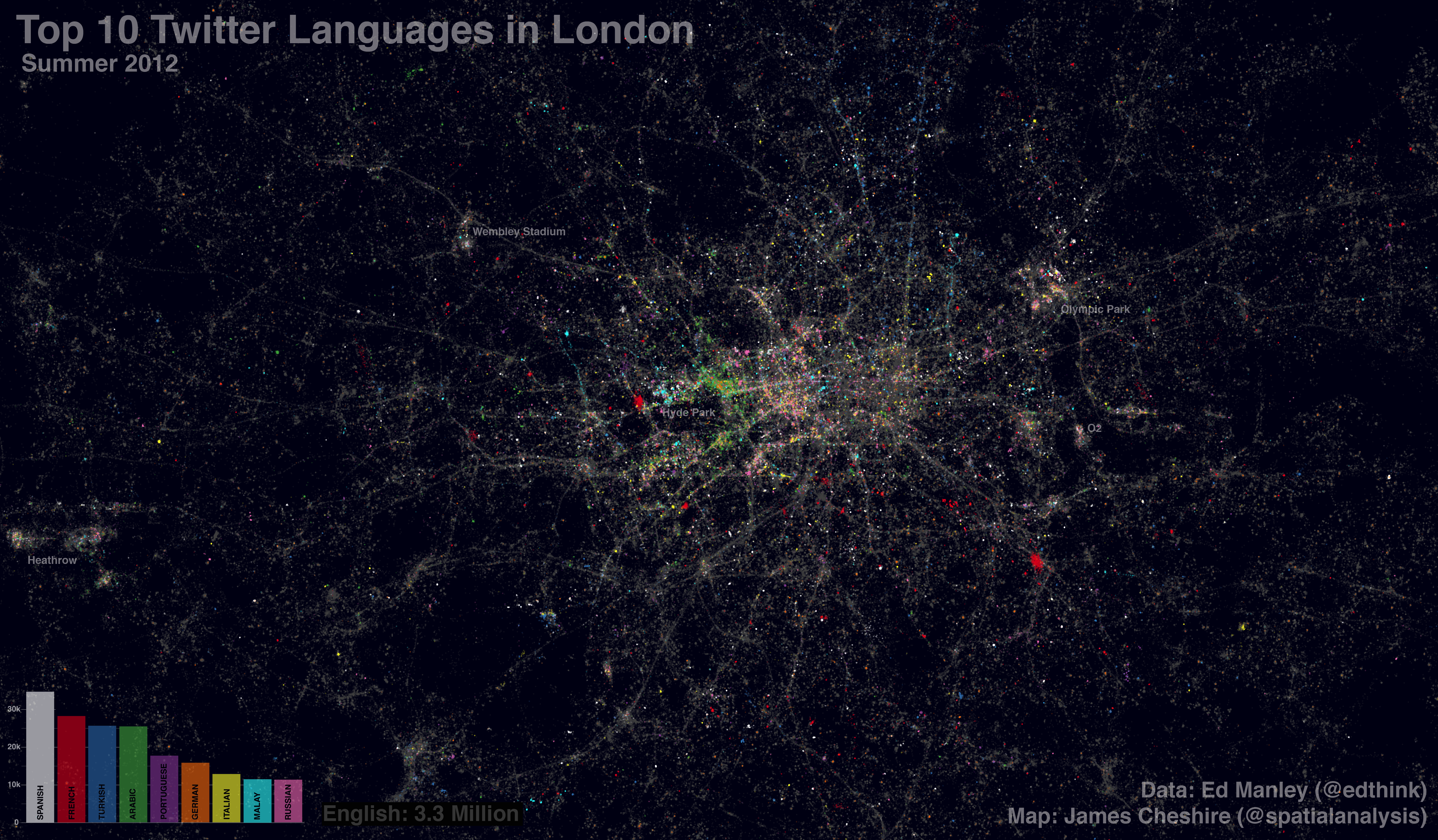 Over the last couple of weeks, and as a bit of a distraction from finishing off my PhD, I’ve been working with James Cheshire looking at the use of different languages within my aforementioned dataset of London tweets.

I’ve been handling the data generation side, and the method really is quite simple.  Just like some similar work carried out by Eric Fischer, I’ve employed the Chromium Compact Language Detector – a open-source Python library adapted from the Google Chrome algorithm to detect a website’s language – in detecting the predominant language contained within around 3.3 million geolocated tweets, captured in London over the course of this summer.

James has mapped up the data – shown below, or in zoomable form here – and he more fully describes some of the interesting trends that may be observed over on his blog. 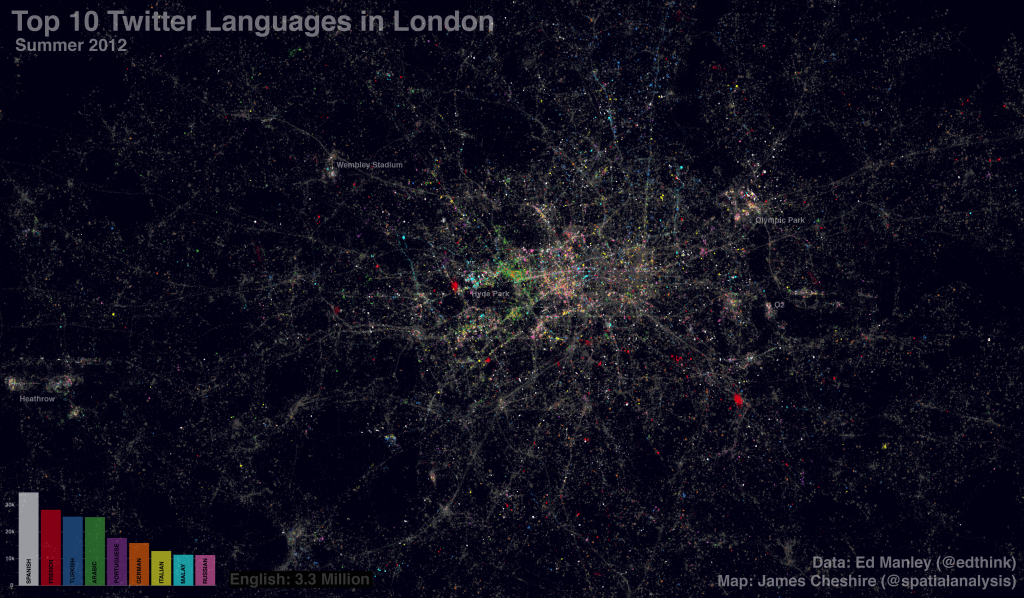 With respect to the detection process, the CLD tool appears to work pretty well.  In total, 66 languages were detected among the complete dataset (including a bit of Basque, Haitian Creole and Swahili, surprisingly enough), and on the whole these classifications appear to be correct.  In cases where the tool is not completely confident in what is it reading – usually due to the brevity or colloquiality of a tweet – classification is marked as unknown or unreliable, and in these cases we end up losing around 1.4 million of additional tweets.

One issue with this approach that I did note was the surprising popularity of Tagalog, a language of the Philippines, which initially was identified as the 7th most tweeted language.  On further investigation, I found that many of these classifications included just uses of English terms such as ‘hahahahaha’, ‘ahhhhhhh’ and ‘lololololol’.  I don’t know much about Tagalog but it sounds like a fun language.  Nevertheless, Tagalog was excluded from our analysis.

I won’t dwell too much on discussing the results, only that Twitter appears to reveal itself here to be the severely skewed dataset we all always really knew it was.  In total, 92.5% of tweets are detected as English, far above existing estimations (60%) of English speakers in London.  While languages you’d expect to score highly – such as Bengali and Somali – barely feature at all.  Either people only tweet in English, or usage of Twitter varies significantly among language groups in London.  There is a great deal you can say about bias within the Twitter dataset, but I think I’ll save that for another day.

For the time being, enjoy the map.